The studios at CREATE Center for the Arts house unique and diverse artists that create across different media. Our studio artists are an intergral part of our community and their work and passion feeds into the overall atmosphere that makes CREATE Center so special.

Inquire about a studio
Previous
Next 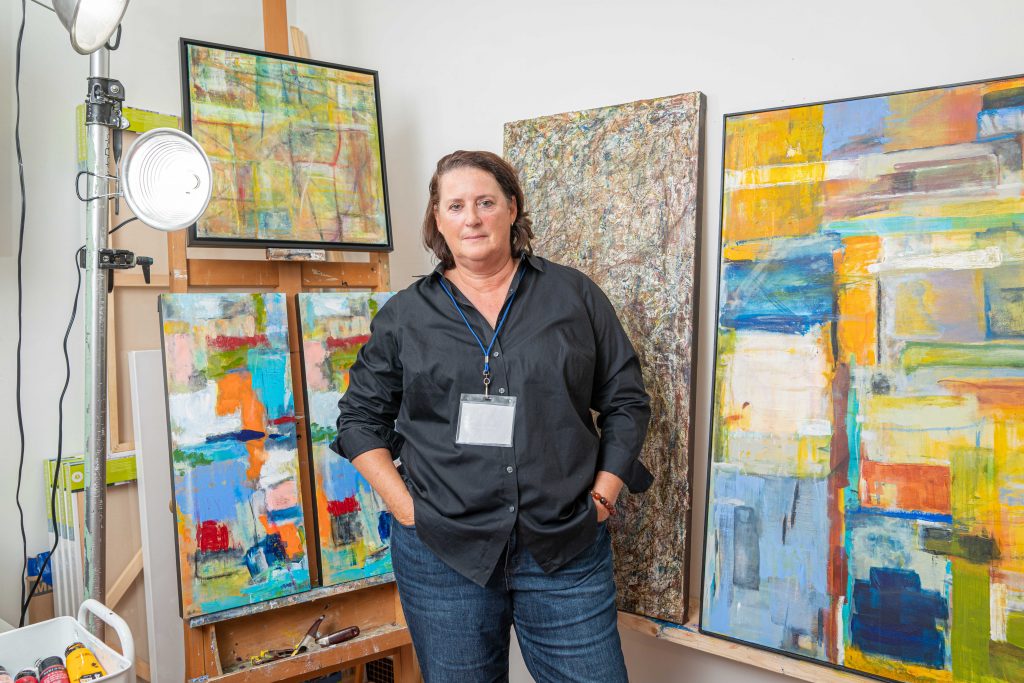 Much of my work is inspired and learned from the artists and poets of the “New York School”. The impetus and courage of abstract expressionist painting in the 1950s changed the art world and its definition of art and, continues to do so today. As I paint and what I paint is a record of my personal transitions through life with a continual change in my own definition of art. 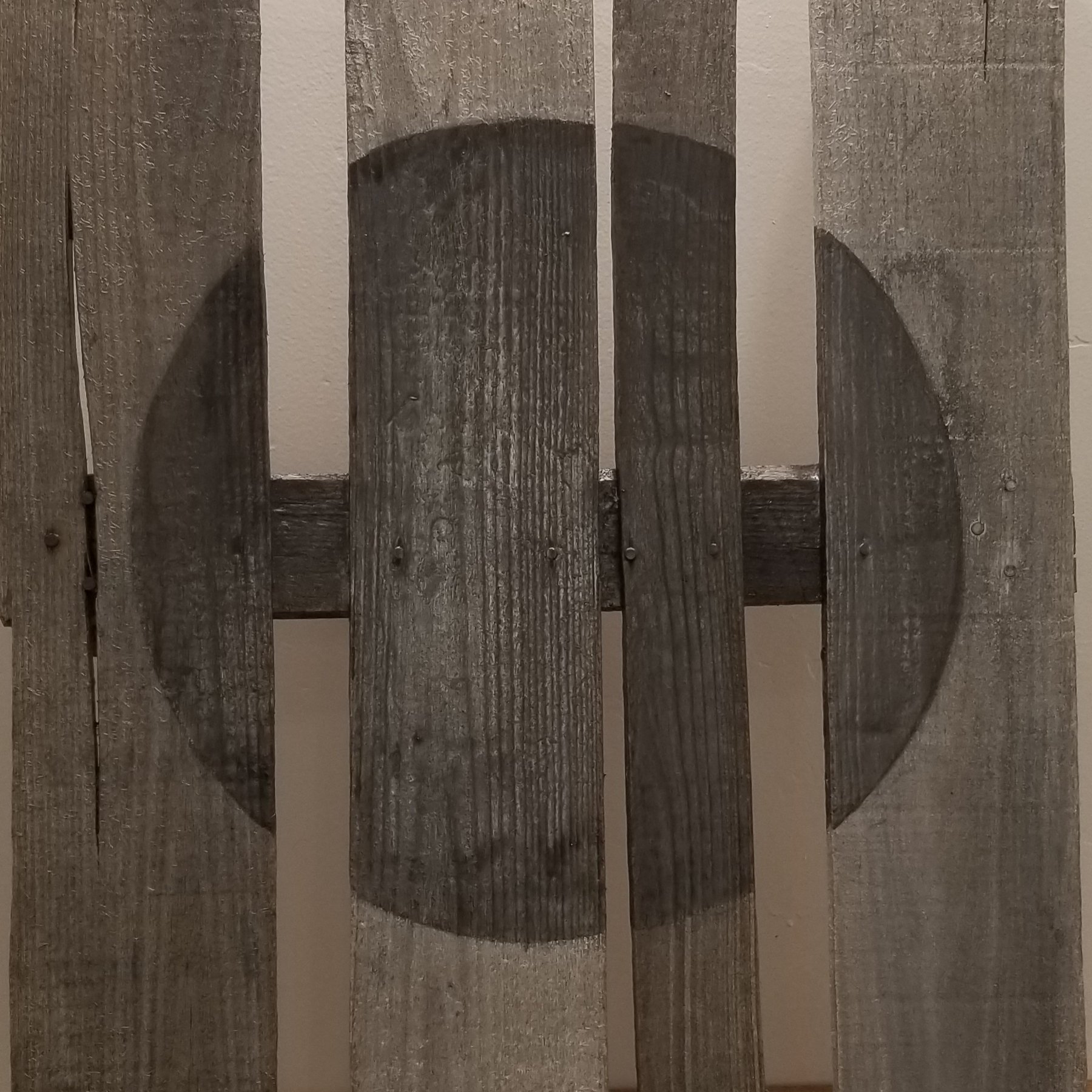 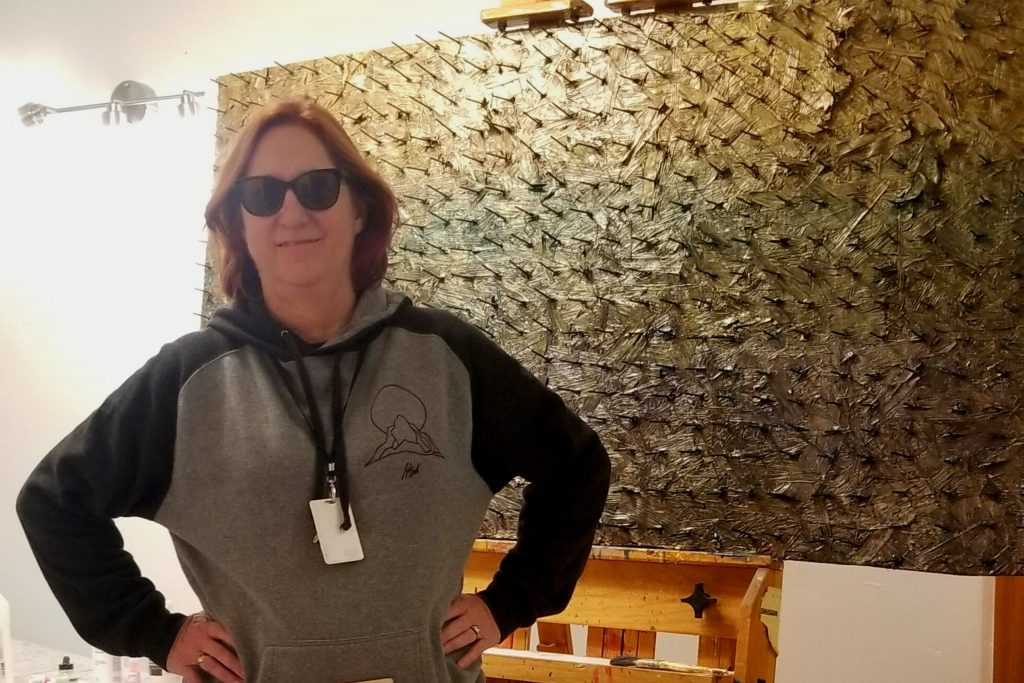 Coachella Valley native, artist, activist, educator, curator, consultant and speaker, Debra Ann Mumm has spent her lifetime dedicated to the arts in one form or another. Debra is an award winning painter and assemblage artist who works primarily with found wood and personal artifacts to create pieces that reflect on human experience, unity and transcendence.

Debra is the founder and director of CREATE Center for the Arts, a non-profit art space in Palm Desert that is a community-based educational facility providing information, inspiration, and opportunity for artists of all ages and disciplines. 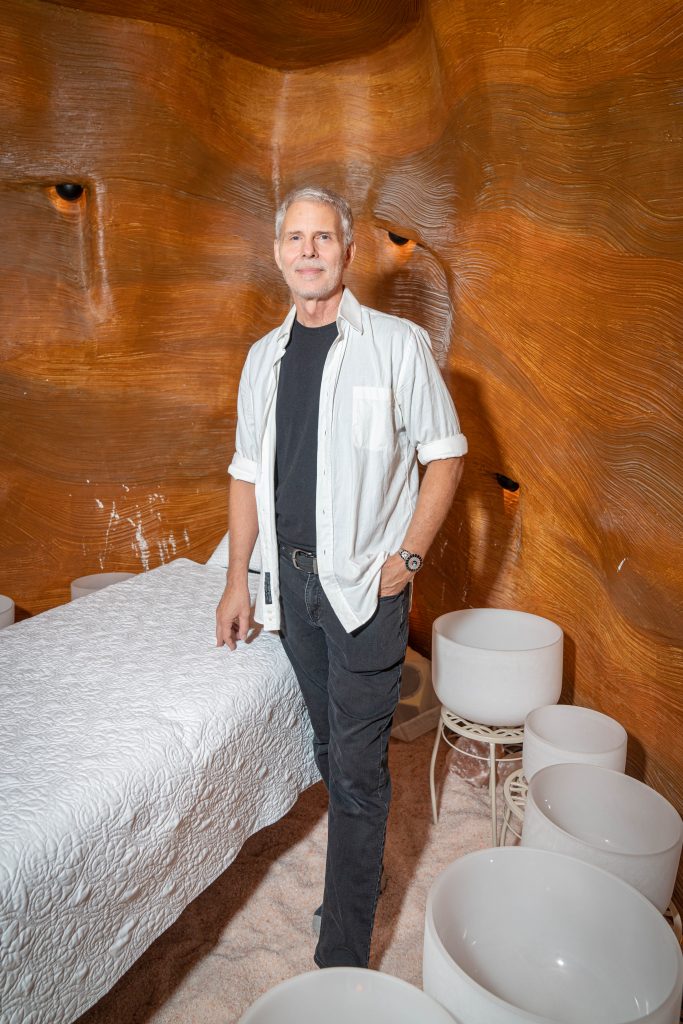 Swenakailo (swen-uh-KY-lo) is the art of bringing the body, mind, and spirit into balance through music. Inspiring, rejuvenating, and deeply relaxing, each Swenakailo journey includes a Muzoracle casting, and immersion in music tuned to the key of Life on Earth, sounded on custom quartz crystal and electronic instruments.

Swenakailo sessions begin in the Casting Room with a short meditation and a Muzoracle casting, which engages the client’s intuition and imagination, and opens up areas within to be addressed. The session then moves to the Salt Cave, where clients stretch out on a padded table with crystal and bronze bowls and bells and speakers surrounding them. Jeff then moves about the room playing instruments and singing, engaging Reiki energy and techniques while improvising music geared specifically for the client. Sessions run about 75 minutes, including the Muzoracle casting. 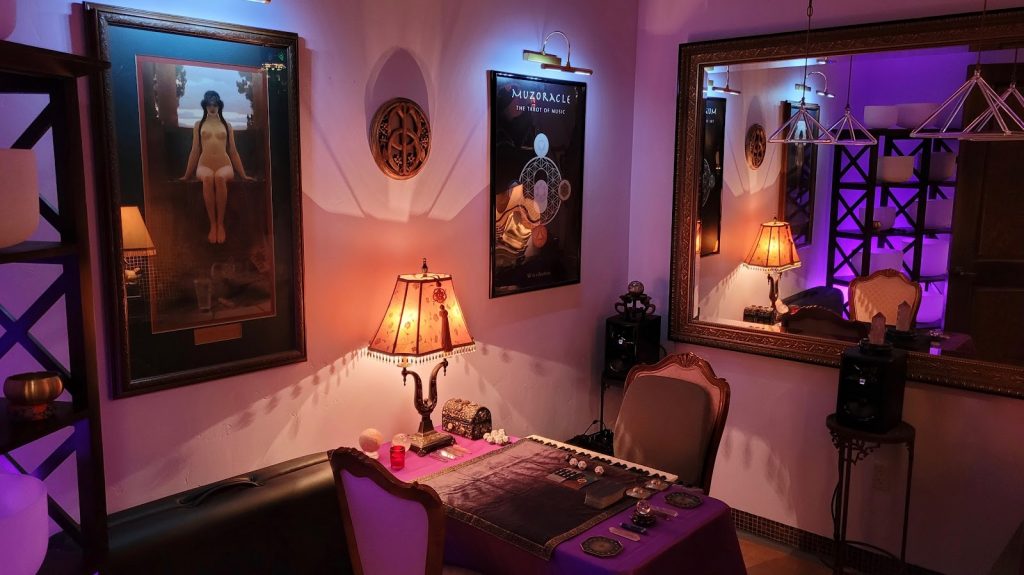 J S Kingfisher – Jeff – is a songwriter and recording artist, arranger and producer, composer for film and orchestra, keyboardist, harpejjist, and therapeutic musician; he is also the music director for the Center for Spiritual Living in Palm Springs, California. He is the composer, arranger, and producer of 2016’s “From the Moon to the Earth,” a 21-piece song cycle and 2-disc set featuring 26 musicians and released over 21 full moons; 1998’s “Vesica Piscis”; and 1993’s “Floating Upstream.” Currently underway from Jeff are three album projects, with singles being added every month or so: an ambient/contemplative project called “Las Californias”; a collection of music for spiritual community called “Communitas”; and his leading edge project, “Songs for the New World.”

Jeff is the creator of “Muzoracle: The Tarot of Music,” a counseling tool that engages the imagination and intuition through music, and an integral part of his therapeutic work. He is the creator as well of “Muzundrum,” an award-winning musician’s game of chance and skill, and the “Musician’s Dice,” a composing, improvising, and educational tool.

Jeff practices “Swenakailo,” a music healing modality of his creation, at The Seventh Harmonic, located in the Create Center for the Arts in Palm Desert, California. He records and produces at New World Records, his studio in nearby Palm Springs. He lives in Palm Springs with his loving family of humans and dogs. Explore Jeff’s music and innovations further at jskingfisher.net.